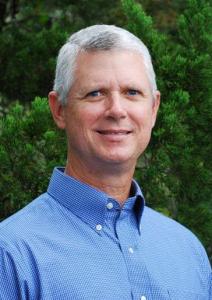 J. Alden Baker is a native of Orlando and fifth generation Floridian. Graduating from the University of Florida with a Bachelor of Science Degree in Accounting in 1981, he began his career as a staff auditor with Alexander Grant & Co. (Grant Thornton International).

In 1982, Mr. Baker moved back to Orlando to take a position in the accounting and audit department of a large local firm. On December 16, 1991, Mr. Baker became one of the originating partners of Baker, Hyatt, Homrich & Zokvic, P.A. and currently acts as managing principal of the firm.

Professionally, Mr. Baker has been a guest speaker for the Florida Institute of Certified Public Accountants on the topic of Reviewed and Compiled Financial Statements. He has performed audits on small businesses and is well versed on corporate and individual taxation. He also has experience in fiduciary accounting for estates and trusts. Mr. Baker is a current member of both the American and Florida Institutes of Certified Public Accountants.

Community involvement and leadership is important. In 2006 Mr. Baker was an original organizer of the South Orlando Pop Warner Football Association. He served on the Board of Directors and as Treasurer of the organization until 2009. During this time he also served as a head coach for three seasons.

Mr. Baker has also served his community as a Little League Coach with Delaney Park Little League for the past fifteen years. Besides youth sports, other community activities include the Leadership Orlando Class of ‘90-91 and board positions with the Kiwanis Club of North Orlando (past president), the Florida Leaders Council (past president), the Lake Holden Property Owners Association (past vice-president and treasurer) and the First United Methodist Church Finance Committee.